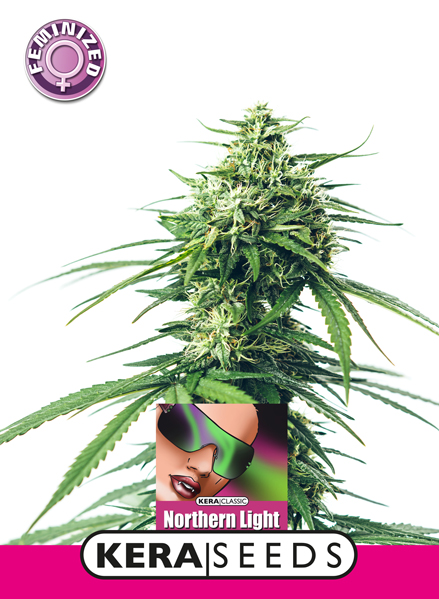 Origin of the Northern light seeds

Northern Light was once a mix of 11 varieties from the West coast of America. The composition of Northern Light is nicely balanced with its 50% Sativa and 50% Indica. Northern Light is a very strong type of cannabis that has won several prizes. It has won first prize in the High Times Cannabis Cup over three times now.

Growing Northern Light is a remarkable experience, mainly for the first-time grower. Originally the Northern Light was designed for growing indoors, but like all our plants it can also be grown outdoors. When it’s being grown indoors it’ll reach about a meter in height. When grown outside the Northern Light will get a lot bigger. With plenty of heat, light, space, and nutrition it can get up to 2 meters tall. The Northern Light’s blooming period is about 7 to 8 weeks. You can experiment a little by harvesting it a bit earlier or a bit later. By harvesting earlier you’ll get a more intense flavor and by harvesting later it’ll give you a more powerful effect, so it all depends on what you prefer.