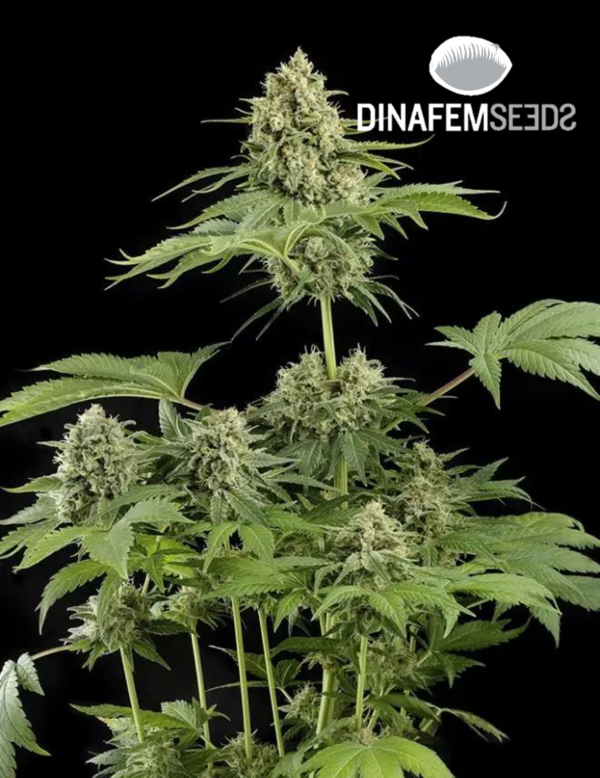 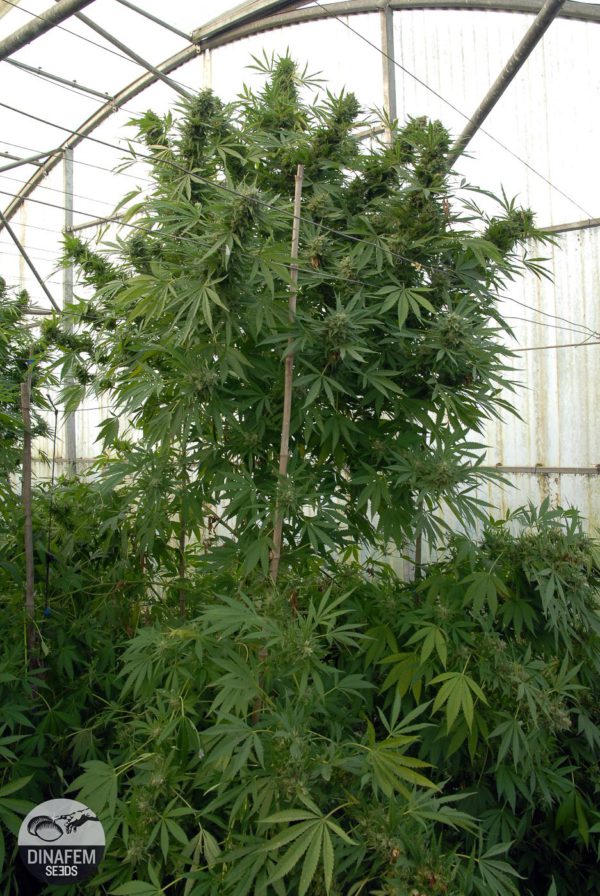 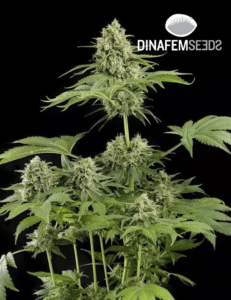 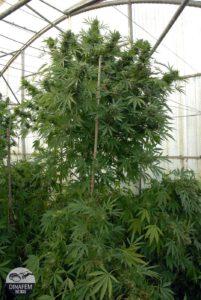 Moby Dick is a feminized marijuana seed that has placed the seed bank Dinafem Seeds on the world cannabis map. Her mind-blowing effect, her extraordinary yield, and her easy-to-grow properties have earned her a well-deserved reputation as a strain of worship. A Sativa-dominant hybrid that, although not very demanding in terms of care, is indeed super demanding in terms of light and nutrients. If you love the typical Hazey aroma, if you’re crazy about potent marijuana strains that border on psychedelia, and want incredibly heavy yields, give this killer whale a try. Because not for nothing is she a legend. This super-potent strain obtained the 2nd prize -Indoor Professional- at the Weedkend Cup, celebrated in Gijón in June 2017.

Moby Dick is a Sativa-dominant hybrid, derived from the cross of a White Widow and a Haze, which takes on the shape of a Christmas tree. Her Sativa genes cause her to stretch a lot, both sideways and upwards. Not for nothing has this tall plant with ample internodes been named after the legendary whale. Her leaves don’t belong to one genotype in particular: they’re half-wide, half-thin. Let’s not forget her 60 % Sativa and 40 % Indica genotype. She’s a wide and elongated mid-sized/tall marijuana plant. But her most distinctive trait is undoubtedly her main cola, which fully lives up to her name. In fact, it’s worthy of admiration and respect.

The yield offered by Moby Dick is purely brutal. All her branches end up fully covered in huge, thick buds. As usual, the more light they receive, the bigger they’ll be. But the jewel in the crown is, without a doubt, her main cola. A long and wide bud that is sure to captivate all growers who get to meet her. As previously mentioned, this plant eats a lot, but her size and the amazing quality of her flowers far outweighs that nutrient- and light-rich diet.

Moby Dick has a very strong aroma. Those who have grown her describe it like “a pronounced aroma that mixes hints of lemon, spices, and incense with tones of Haze and cedar”. When asking her creator, the legendary breeder King Kush, he says that her famous whale smells like “the pew of an old church”. We’re sure each grower finds very particular nuances in our whale but there’s one thing they all agree on Moby Dick showcases a strong and piercing fragrance with intense Haze notes standing out.

Moby Dick and her effect… Some people have compared the sensation caused by this strain to the strike given by the legendary whale of Herman Melville with its tail. Her effect is a very strong and extremely psychoactive Sativa effect that borders on psychedelia. But it’s also narcotic. Consuming this strain with an empty fridge is a big mistake because she’s sure to make you hungry like never before. The sensations provoked by Moby Dick have a psychedelic, narcotic and long-lasting nuances.

Moby Dick is very easy to grow but incredibly voracious. This means she rarely gives trouble because she’s not only sturdy but surprisingly resistant to moisture too. She requires lots of light and nutrients, though. Given her size and her quality, she’s to be provided with plenty of space and water.  To get an idea of how big she could grow, only two indoor Moby Dick plants can fit in a space that is sufficiently large for four White Widow hybrids. So try to anticipate how much room this whale will need before switching to the flowering because, from that moment on, she’ll stretch like hell.

As a matter of fact, we recommend limiting the vegetative growth to three weeks only, unless you really want to obtain a monster plant. The advantage is that, regardless of her numerous branches and her heavy buds, this plant is strong enough to support the weight, so no stakes will be needed during the flowering.